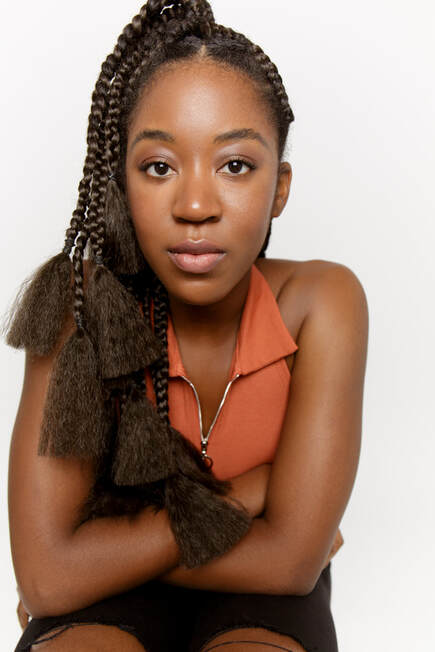 "Between two evils, I always pick the one I never tried before."
Mae West

Originally from Angola, Brenda Nascimento is an actress based out of LA. She studied both Musical Theater and Acting in AMDA's NY and LA campus, and graduated with a BFA in Performing Arts. She's also recently studied at Identity School in Los Angeles. Brenda has just guest starred in episode 3 of "Let's be Real" sketch show on Fox. She's very excited to be working both in front and behind the camera. Brenda is a Best Actress Finalist for the Next Generation Indie Film Awards, for her film Not Enough which she has written, produced, and starred in. Not Enough has also been accepted into the Maui Film Festival, Catalina Film Festival and the Bafta qualifying British Urban Film Festival. Her other film The Dark Essence which she also co -wrote and produced, is also in it's festival run, and has been accepted into its fifth Festival, and has won Best Comedic short at Katra Film Festival. The latest short she acted in "Mirror Site" , has just been accepted to the New York City International Film Festival, and will be continuing its festival run. Because she's fluent in Portuguese, Spanish, English and French, she's also worked as a narrator in the "Fronteiras" documentary, as a translator for the documentary "Bigger than Africa" currently streaming on Netflix, and she has recently wrapped working for "Westworld's" episode Genre as Portuguese dialect coach. She can also be seen in the latest international Shopify commercial, and Facebooks Meta Quest  Oculus campaign  shot this year.